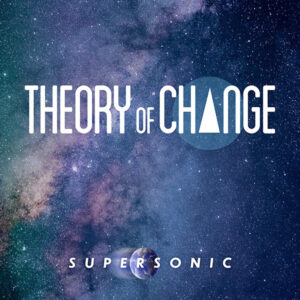 The Story Behind the Song

On stage. Immersed in the music. A remembrance of better times.

All juxtaposed with the wonders and majesty of the Universe.

“Supersonic” serves as a retrospective of 2020. A year unlike any in our lives.

The word “supersonic” describes traveling at a speed greater than that of sound. The speed of sound is about 761 mph. And we are all on this vessel called Earth, hurtling through space at an average speed of 67,000 mph.

Every second of our lives, we are breaking the speed of sound. We are all traveling Supersonic — together.

Through video footage shot by photographer and Theory of Change vocalist Amy Piñon in April 2020, just as quarantining was taking hold in Seattle, WA, we catch a glimpse of the impacts of a global public health and economic crisis, that has exposed profound inequities in our society.

We see dozens of closed stores, and an empty Pike’s Place Market, which is normally crammed with tourists. Looking for signs of life, often it is a lone pigeon that we find on Seattle’s normally bustling streets and sidewalks.

And as we witness the eeriness of Seattle’s empty streets, it is contrasted with the massive crowds that took to the streets to protest police brutality — scenes shot by Theory of Change cellist Justin Chan.

The song “Supersonic,” written by singer/songwriter Ben Henry, feature themes of longing and isolation. “Sittin’ in my room, on a foggy afternoon / Wonderin’ how I’ll make it to the night.”

By the time we hit the chorus, we are jolted out of our solitude to remember that we are all united together living in this thin layer of atmosphere that’s keeping us alive as we hurtle through the harsh and empty of space. Being alive on this marvelous planet is truly a gift, and we need to do better to take care of our planet, and each other.

Enjoy our music video. And listen to the song on all major music platforms.

“Supersonic” was written by Ben Henry and performed by Theory of Change. It was originally recorded in 2014 in Seattle, WA, in a basement studio in Beacon Hill. The song was released as a single by Theory of Change on Dec. 31, 2020.

Performing on the recording are:

The song was mixed and mastered by Jonny See.

Photography in the video: