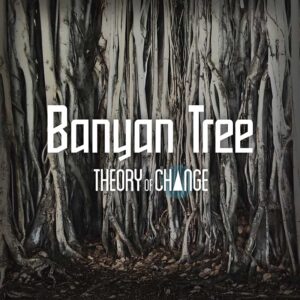 The Story Behind the Song

In the fall of 2018, I was back home on Oahu for my grandfather‘s funeral. I had a couple extra days after my family went home. I went and upgraded my phone and took some shots of me goofing off with my friends. That footage became the music video for our lead single, #BanyanTree. This song ponders the question, what is home to you? For me, it’s enjoying the place where I grew up, Honolulu — the people, the sights, the sounds, the food, the music, the ohana, the aloha. And then, suddenly realizing you’re on a plane back to Seattle. Was it a dream? How are you always in my dreams?

“Banyan Tree” was written by Ben Henry and performed by Theory of Change. It was originally recorded in 2017 in Seattle, WA, in a basement studio in Beacon Hill. The song was released as a single by Theory of Change on May 28, 2018.

Performing on the recording are:

The song was mixed and mastered by Jonny See.

The music video was shot by Ben Henry, Yvonne Hopkins, and Nicole Campany, and edited by Lui Williams.

::With Audio:: Through cancer and an apartment fire, it’s been years in the making. Theory of Change is finally set to release our first single, “Banyan Tree,” on May 29, 2018. Here is your first sneak peak at the music video, starring gorgeous #Honolulu #Hawaii. Words cannot express how excited we are to get this music out there. So much has happened, and now we get to release our first song ever, a very personal tune about home — loving it, living it, missing it. #ChangeIsComing #SneakPeak #KoOlina #MagicIsland #WaikikiBeach